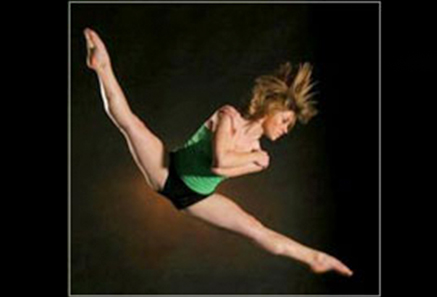 NCDC Alumni on her way to Africa

A Granite Bay High School graduate has made it big time, dancing at Juilliard in New York City with her future sights set on Broadway.

But that’s not all, folks.

Molly Griffin, 20, is raising funds for a program called the Arusha Arts Initiative, which uses dance, drama and music to empower young people in Tanzania. Griffin is going to the east African country with nine other Juilliard students for one month this summer.

This will be the group’s fourth time teaching performing arts in Tanzania, and Griffin’s first time participating.

She’s never traveled such a long distance before, let alone for an extended stay. Her group will run a workshop at the Umoja Youth Empowerment Center, a school that provides free education to students age 15 to 30 who have dropped out of government-run schools because of poverty.

Tanzania — home to Mt. Kilimanjaro and the Serengeti — is celebrating its 50th anniversary of independence from European rule this year, but the nation remains poverty stricken. HIV/AIDS is the leading cause of death for adults. For children, it’s malaria.

The Arusha Arts Initiative began in 2008, and is now led by Juilliard student Jenna Pollack. Griffin, who graduated from Granite Bay High School in 2009, and Pollard are both third-year students, and two of only 24 pupils in their class.

“Day in and day out, Molly is consistently on top of her game,” Pollack said. “She comes to class calm and prepared, and maintains a sense of humility that is so rare for someone with all of her talent. And it has translated into her work with the Initiative.”

Pollack said Griffin’s long-term goals as an artist and teacher make her a perfect fit.

The program’s 10 students will stay in a hostel and ride the public bus to the youth center each morning, where they will break the Tanzanians into three groups. Griffin will help lead the dance workshop.

“We’re going to teach dance” Griffin said. “Not the technical stuff we learn about at Juilliard, but the basics of moving your body and different ways of expressing yourself. You see the confidence rise in people and that’s the most amazing thing I love about teaching.”

The project was founded on the belief “in the power of change through arts.” The initiative functions on the premise that arts education encourages creative thinking and develops skills needed for independent and collaborative work.

“It’s really important to give people the skills to be more confident about themselves and to know they are powerful, and through that power they can make change in their communities,” Griffin said.

The Juilliard students also expect to be deeply impacted by the experience.

“The Arusha Arts Initiative is one of the most rewarding parts of my life at Juilliard,” Pollack said. “What I love most is the inherent exchange built into the structure. We don’t come in and impose Western aesthetic values or cultivate the next generation of conservatory students. We ignite a cultural and artistic dialogue with the most driven students I’ve ever met.”