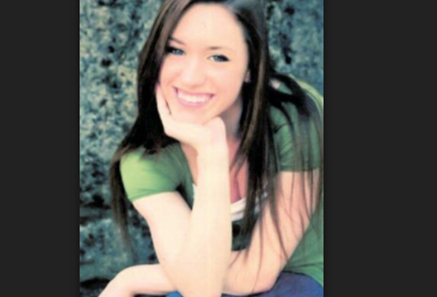 Dancing her way to the Big Apple

From Granite Bay to Grand Central Station, Molly Griffin is a mere month away from having her childhood dreams realized. The Granite Bay High School alum was recently notified she is one of 10 girls from around the world headed to New York City to attend Juilliard as a freshman this fall. “We were told they normally accept 12 boys and 12 girls,” said Pam Griffin, Molly’s mother. “But with the economy the way it is they wanted to be able to provide scholarships to as many incoming students so they cut back to 10 of each.” A dancer since the age of 2, Molly Griffin began her training in Austin, Texas with a ballet and tap combination class. After moving to Granite Bay in 1997, Griffin began taking classes at the Northern California Dance Conservatory where she now trains for more than 20 hours a week in all styles of dance. “I love them all, jazz, modern, ballet and even hip hop,” Molly Griffin said. “I’m excited to keep going and learn new styles like Salsa next year.” Molly Griffin has also danced for Granite Bay High School’s dance program and the Emerald Dance team taking the opportunity to choreograph and even assistant teach her junior and senior year. Although she applied for several schools including the University of Arizona and UC Irvine, Juilliard always remained at the top of Griffin’s list. “It’s been my dream to go to Julliard for dance since I was a little girl,” Molly Griffin said. Molly Griffin attended the prestigious performing arts school’s audition in San Francisco earlier this year. The seven-hour audition process included several technique classes followed by tests as well as a solo performance and an interview with representatives from the school. A phone call in April delivered the news that she had admitted into the Juilliard dance program. She was also awarded a scholarship to help cover her first year room and board. “The whole thing still hasn’t sunk in yet,” Molly Griffin said. “I can’t believe it.” Heading east at the end of August, Molly Griffin said she’s excited to experience the New York culture and hopes to align with a dance company and become a professional dancer. “I haven’t decided on a company in particular or any one style,” she said. “I think the plan is to just see what’s out there and go for it.” Molly Griffin said leaving Roseville and her family will be difficult, but embarking on a new experience has her too excited to fret much about homesickness. The family is already looking to clear their calendars for upcoming Juilliard performances to see their dance in the Big Apple. “We’ll do whatever we can to be there, she’s worked so hard to make this happen,” Pam Griffin said. “We are so proud.”